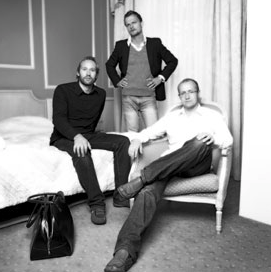 "NORWAY SAYS are an internationally recognised design trio from Oslo, who have been awarded the ‘designer of the year’ award in Norway and received several prestigious prizes and significant international attention for their work. NORWAY SAYS'S DESIGN PHILOSOPHY "Good design defends itself by being natural. What this means differs from product to product – a work lamp can have other qualities than a lamp for the home. Norway Says doesn't have a program, but you might say that we seek an expression that doesn't have simplicity as a goal but often uses a simple language to express a complex idea." NORWAY SAYS ON THE NEW NORDIC DESIGN "Due to increasing globalisation, young Nordic designers are a more integrated part of international design than ever before but at the same time industrial design is a cultural expression. The way we live and work in Scandinavia is implicitly reflected in our work. We believe that the fact that young Nordic designers are 'born' global but at the same time have a strong cultural heritage is a central reason for the inspiring and admirable work we see created by young Scandinavian designers."