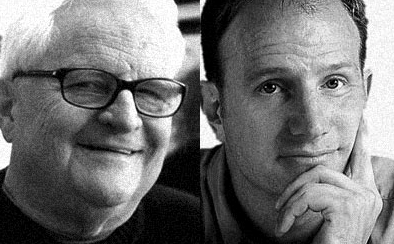 "As a kid, Jeff Weber was fascinated by the way things worked. "I was always tinkering—either building things or tearing them apart," he says. Watching his mechanical talents develop, his grandfather suggested that he consider becoming an industrial designer. Once he learned more, "I never really thought about doing anything else," recalls Weber. Today he uses his considerable talents to improve the human condition by designing products that enhance people's lives—at home and at work. "There should always be a human benefit associated with whatever it is we're designing," he explains. "It's all about the experience, stimulating a person's senses in a positive or beneficial way." While Weber's work includes a wide spectrum of products, he became interested in furniture design when he teamed up with Bill Stumpf, who worked with Herman Miller for 30 years. "Bill's design spirit will inspire all my future work," says Weber. One example is Stumpf's "uni-part" theory. "It says that all components of any given object must have a functional purpose as well as an aesthetic one," says Weber. "It's a fundamental principle we employ every day." In the studio, that philosophy means the design of an object, a building, or a service "is the connective tissue between people and the world. The quality of that design really dictates the quality of the user's experience and thus defines our existence." With an emphasis on results, an integral and important aspect in his design process is research. When designing Herman Miller's Embody chair, for example, Weber and the Herman Miller team spent nearly two years talking with experts in various fields of medicine, from specialists in upper-extremity conditions to optometrists and neurologists. It was all in an effort to gain a real understanding of what it takes "to support a body in space in a healthful way and enable motion at the same time," he says. "The human body is a constant source of inspiration for me," he continues. "Workplace demands and responsibilities may change, but the human element remains relatively the same. My challenge is always, 'How can I produce something that will actually improve that condition?' Comfort and health are like love and peace: can we ever have enough?" he ponders. Weber says the most satisfying part of his work is watching someone enjoying the final outcome of his efforts. "Seeing someone sitting in a chair and appreciating the logic and rationale behind it is very gratifying." He says he's finding this stage of his career to be especially energizing. "I've always believed that good design is a blend of art and science," he says. "To use that combination in ways that positively impact how people live and work is really exciting to me."