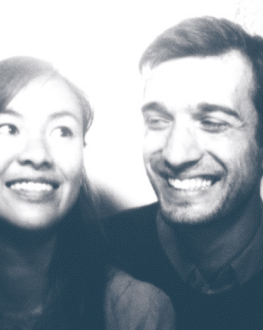 Amandine Chhor (born in 1983) and Aissa Logerot (born in 1981) are both graduates of Ensci Les Ateliers ; they have been collaborating for over two years on projects that aim to sustain crafts in developing countries. They also work individually, Amandine in the R&D department of Hermès, and Aissa as an independent designer. « As we are complementary in our work and share the same idea on design, we have worked on a range of tables for Petite Friture, initially thought for crafts, and today re-adapted to be produced in series. »